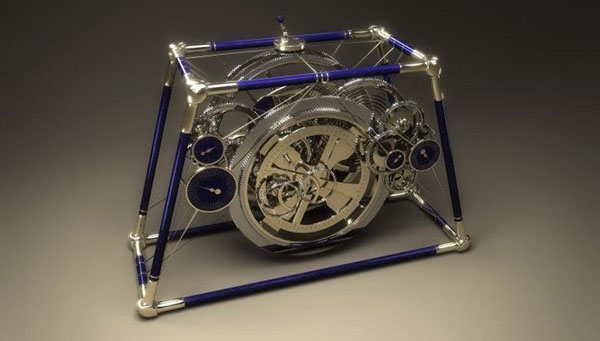 In 1900, during a dive, sponge fishermen discovered a copper machine near Antikythera dating back to the 1st century BC. It seemed to appeal to a technology that we thought hitherto unknown to the ancient Greeks.
Indeed, this machine, although fragmented and corroded, was analyzed by X-ray and then reconstructed piece by piece and revealed an astonishing mechanism.
As can be seen on the right, this machine contains segments of circles, a piece of graduated spiral, numerous inscriptions, marks, symbols and more astonishing still 33 copper gears including a differential whose gear wheel is provided with a pin sliding in a slot.
Knowing that the ancient Greeks were excellent mathematicians and worshiped the moon, the number of teeth on certain wheels (19, 33, 53, 127, 222 or 223, etc.) immediately makes one think of either the prime numbers or lunar cycles or submultiples as they were known to the Greeks two thousand years ago.
More surprisingly, the deciphering of the inscriptions revealed that the word cogwheel was clearly inscribed. Elsewhere, one could read the color is black, the color is red-fire, the list of Greek months, symbols like S for Selene and H for Helios, a dial divided into four parts referring to the four games Panhéléniques (the games of Nemea, Delphi, Corinth and Olympia) and finally the number 223 is registered.
For an archaeo- astronomer this number is not trivial. Already among the Mesopotamians, 223 corresponded to the number of lunar cycles or lunations at the end of which eclipses reproduce in the same configurations, it is the famous cycle of Saros.